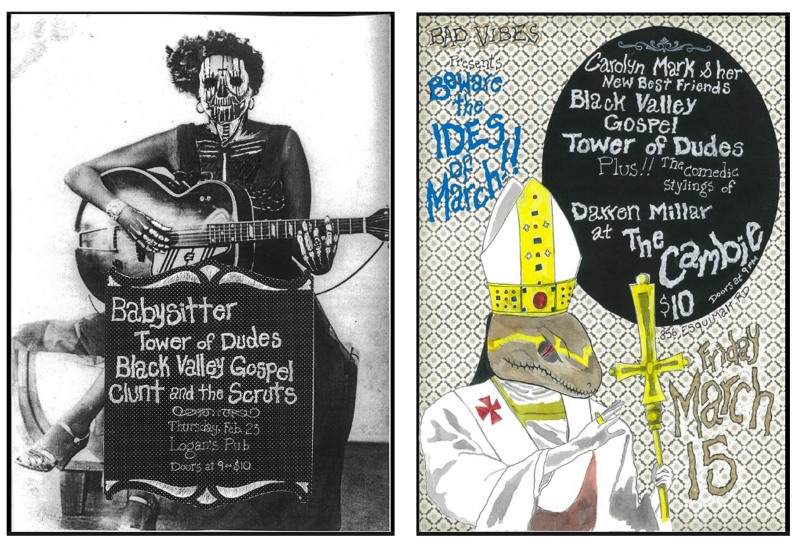 I was so excited when David agreed to do an interview with The Grit of It. He is hands down my favourite musician in Victoria. I’ve now seen him play in Black Valley Gospel, The Puurverts and David Chenery’s Death Country Revival and have completely been blown away by his performance every time. The most amazing part about David is that he’d probably feel the slightest bit awkward about me pumping him up so much. He’s a humble dude who knows his music and loves his family.

Thanks for your honesty and thanks for being you, David.

When are you happiest?

I am probably happiest when I am amongst nature; away from concrete and crowds. Also when I’m with my family, my Mom and Dad and I’m visiting them. It’s kind of sad to get old away from your parents. I’m also happiest when I realize how loved I am by the family I’ve made and by the friends who’ve kept me close and have always stood by me no matter what was going on in my life.

What do you wish would change in the music scene in Victoria, if anything?

I think I could probably bitch and moan about stuff, but really, music is what you make of it. I’ve made some great friends doing this, and I don’t think I would change any of my experiences when I look back. I do, however, wish there were more venues, but what can you do in a place like Victoria, with Richie Rich moving in on us and taking a big dump on our good times? Which book/movie character do you most identify with?

I can’t really think of any book or movie character I identify with; I feel like my life has unfolded in a fairly unique way and therefore feel like no one has written anything I can directly relate to. Except maybe Terry from FUBAR.

How do you find balance between work/family/art/music?

Having a family who understands my need to play music and whatever else I’m doing is so important. It’s not much finding a balance, it’s knowing it’s just as important as the need to eat well, exercise regularly, and having a job. It’s become normal to ignore our spiritual selves, and at my age, I’m supposed to ‘grow up’ and quit playing music. Family members who don’t often see me will ask, ‘so, you’re still playing music, huh? Are making any money yet?’ I’ve always found that to be a weird question. Who gives a shit? I have a job! I play music because I like to make a racket, and it’s much better than what’s on t.v. My wife is very supportive of this, as is my ex-wife and my daughter thinks my songs are hilarious. They’re not supposed to be hilarious.

What is your greatest fear?

I have many, many fears. One of them is of being an old man trapped on a tiny piece of disease ridden land, hiding from the winds of fire. I’m all alone because my family is dead and I’m faced with the final remnants of mankinds’ stupidity. 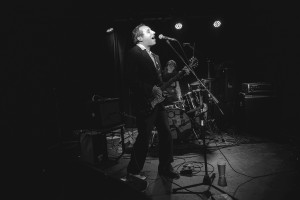 In your opinion, what causes the most problems…….…a) money b) power c) sex ?

Money and Sex. If you look at most, or even ALL cultures, it all comes down to this. It’s goddamned scary.

What’s been the biggest change in your life in the last five years?

Big changes in the last 5 years? There’s been so many! Exactly 5 years ago, I was in a career I hated, I stopped writing songs. All that has changed, I really don’t know where to begin! If anyone wants to buy me a Scotch, I will bore the shit out of them by explaining how I have bloomed into a wonderful butterfly.

I think people might not assume that I am a very sentimental person. My close friends know that I like to end a night of drinking by sitting on the couch on listening to Anne Murrays’ Greatest Hits. This isn’t to be funny. I love that record. I also say to people ‘Hey, remember when…’? Even if it just happened five minutes ago. I don’t know, maybe my overly emotional sentimentality is a known thing, maybe it’s obvious. 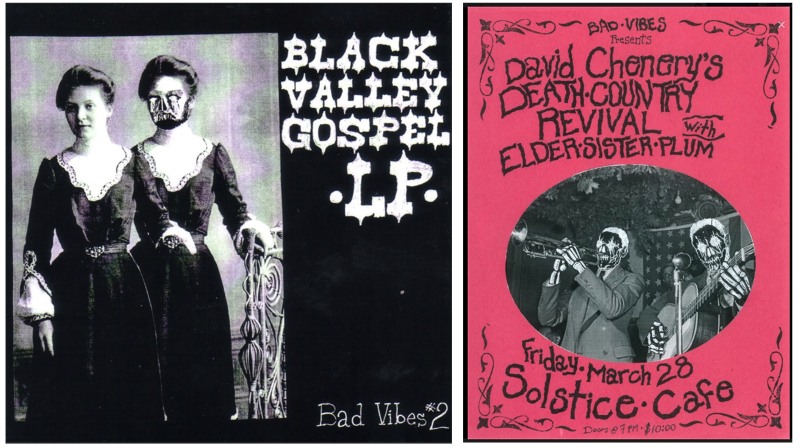 What do you consider success in your life? Are you there?

My biggest success in my life, is honestly being comfortable with myself and being happy with who I am and what I have. I do have a wonderful family, a job I really enjoy, and I get to play in some bands with some great people. I guess I’ve also realized that it’s a shame to grow old and miserable. I’m not very religious; I believe this is all we have. As an aside, I saw a bumper sticker on a truck while driving down Bay Street that said “Real Men Love Jesus”. HA HA HA !!! 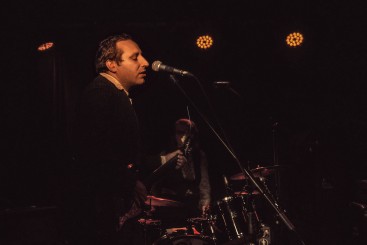 Write a short obituary for yourself, how you would want to be remembered? Are you that person you wrote about now?

I hope my obituary will one day read: This man’s death has broken our hearts, and we do not know how we can move forward, signed: David’s friends, family, and acquaintances. If I died tomorrow it would say: Thank Christ this bastard has moved on, now who’s going to clean up all these empty’s and take all these shitty records to the Sally-Ann?

What advice could you give someone entering the music world or wanting to start a band?

I’m the last person to give advise to an aspiring musician, but if I was ASKED, I’d tell them to find an actual career, so they don’t become stunted. Also, so they don’t have to perpetuate this need to play horrible, middle of the Road Horse-shit, just so they can make a few measly bucks! We live in a weird culture where people feel entitled to fame and wealth because they sound like some asshole who writes songs with his limp penis. 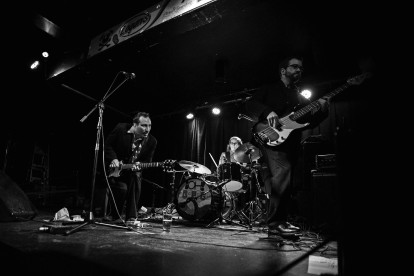 What album or band most inspired you?

Bands that inspire me are the weirdos who do it because they have to. Guys like the Ramones, a bunch of ugly bastards who got shit thrown at them by all the rocker dudes. And Abner Jay, who died unknown on a pile of amazing songs. And Daniel Johnson, who lives with his elderly parents, because he’s to ill to care for himself, yet he can write better than most. And Robert Pollard (I will be buried with my copy of Alien Lanes). Also, Dead Moon. I was always urged to stop singing and playing guitar because I was always so bad at it, but thinking of all the weirdos I love keeps me going. And besides, what else is there to do?

How do you deal with rejection?

How do I deal with rejection? You don’t want to know. It usually involves a case of beer, and a case of the blues.

Song lyric or motto that you live by???

The motto I live by is: Don’t follow the herd, you’ll only end up going off the same cliff into the same pile of shit!! I made that up, too. 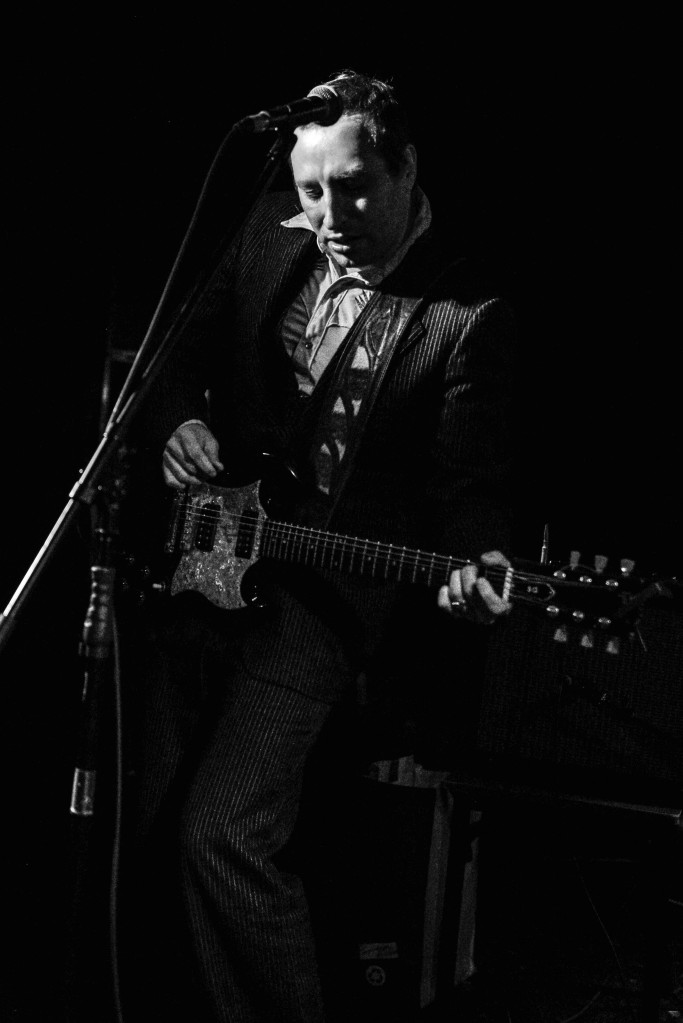